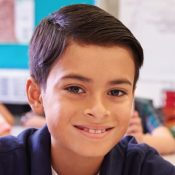 A new worldview at age 9

9-year-old Brandon was being bullied at school and felt like an outcast. He was afraid to be at school without his mom by his side. When she wasn’t there, he became very aggressive and violent toward his peers. Most days he would not even go to school. When we met Brandon, he was barely attending school and had been sent to the truancy board because of this.

When Brandon was introduced to our School Linked Services (SLS) program, he was initially very hesitant to trust his therapist. That changed when he realized that she was on his side, not just another adult telling him how badly he was doing. Slowly, he started to open up and engage in treatment.

Brandon was actually very sweet, charming and smart, but he had a very negative worldview in which he was unable to trust most peers or adults. He really wanted friends, but he just couldn’t figure out how to interact with them without losing his temper, becoming aggressive, or simply shutting down.

Brandon responded well to Cognitive Behavioral Therapy (CBT). Through CBT, he learned how to change his thoughts to be more positive and truthful. He worked diligently to learn and use coping skills to keep himself calm.

As Brandon began to control his emotions, he found he could try to tackle scary things. He began to let down some of the walls he had built up from the trauma, making it easier to interact with both peers and adults. “Now I am calming down when people make me mad,” says Brandon. “Before, I used to be mean and do mean things to them.”

When Brandon started with us in the fall, he was attending school 1-3 days a week. As he worked toward his goals in therapy, his attendance at school began to improve, and his aggression decreased. By the spring, Brandon had perfect attendance and was able to finish his school year strong. He even made a few friends in his class.

“He is more self-aware now,” says his mother. “He spends time thinking about how things make him feel. Now he will communicate rather than shut down. Another great thing is that he is realizing the he has the power to affect relationships which I think affects his relationships at school.”

You can help a child like Brandon succeed in school and life.
Donate today!

Watch our annual client video to see your support in action: 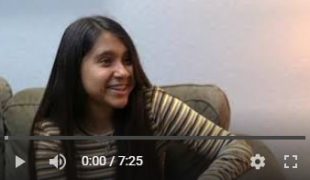